Playing Anuchard feels like wrapping yourself in an old but comfy blanket. While it doesn’t really do anything new, it’s fun enough for the 10-12 hours it takes to see the adventure through. As the Bellwielder, you’re tasked with entering a series of dungeons to retrieve the spirits of fellow villagers and other citizens of the world of Anuchard to restore their bodies from having turned to stone. Along the way, you’ll pick up various materials to help you in your quest and also allow you to restore your quaint village to its former natural glory.

After waking up and leaving your hut on the beach, you pick up a scepter known as the Audros Bell, which serves as both your primary weapon but also the tool you use to return lost souls to their bodies. The scepter contains three spirits that serve as guides (and comic relief) as you venture into each dungeon to defeat smaller enemies, conquer larger bosses, and solve simple puzzles. Before that, you’ll interact with townsfolk who offer a sidequest or two that might involve fetching an item or even locating a different spirit within a previous dungeon area. Often, you’ll return to the village elder for wisdom and guidance, but more characters start to show up as the world around you grows and you bring others back to life.

One unfortunate aspect of the sidequests is that they can expire, so it’s important to be thorough before diving into the main objective of each chapter. There’s a kitchen where you can throw a couple ingredients together to provide temporary buffs, such as increased health or damage. Another building in town allows you to spend materials from the dungeons on cosmetic improvements to the village or perks such as extra resources earned from attacking enemies. The world itself grows larger as you get further into the game, but on the whole there aren’t that many spaces to explore or interact with people outside of the primary dungeons.

To enter each different dungeon space, you need to acquire a memento associated with the person you’re trying to revive, and so every dungeon is a little unique in that it’s supposed to be tailored to that individual. In practice, however, nearly every trip to free a lost spirit feels too familiar since the dungeon excursions largely play out the same way: activate switches, open doors, clear out rooms of basic enemies, solve familiar puzzles. The enemy variety isn’t very strong either, and there’s basically only two attacking moves you can perform: a swipe with your staff or a charge that sends opponents flying in order to break their shields. The charge move is also used to solve one of the game’s overused puzzles, pushing a bubble into a switch to activate a door. Fortunately, the boss battles against the five Guardians are more involved and generally quite fun; it’s what comes before and in-between them that starts to drag after spending a few hours with Anuchard. 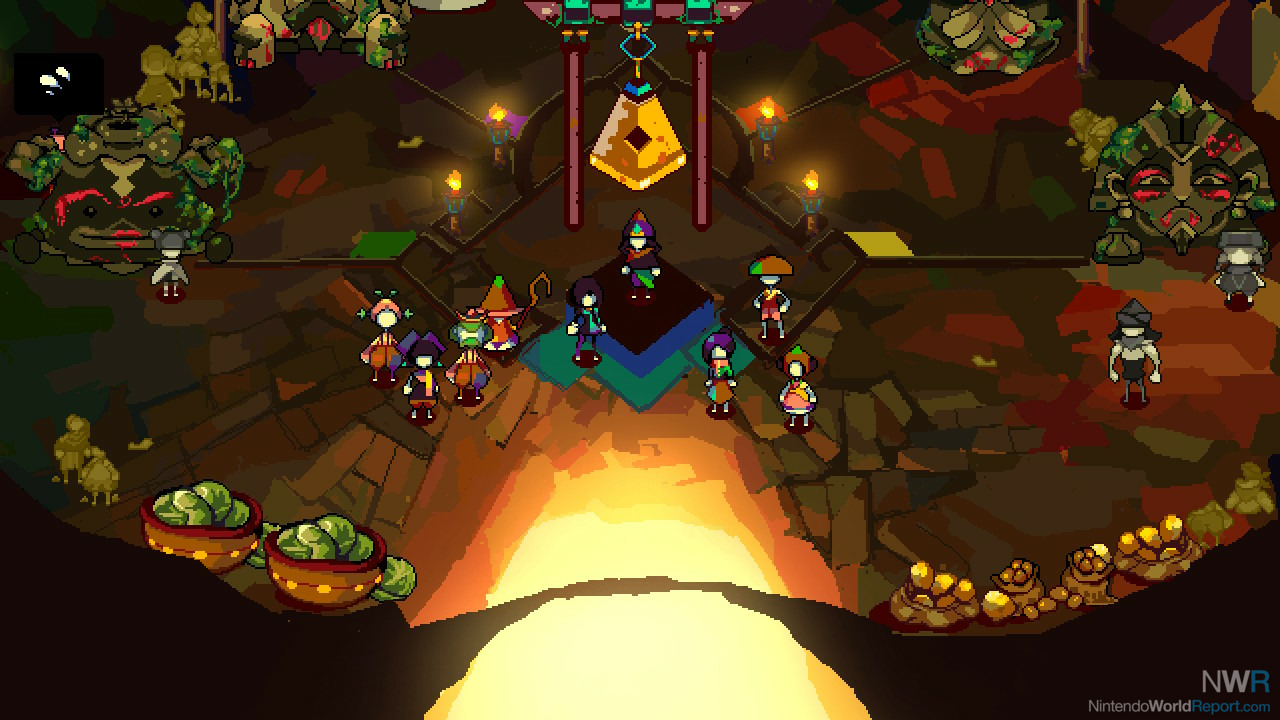 One noticeable highpoint is the incredible use of bright colors that give life to the game’s world, especially as you open up new areas and spend materials to beautify them. It’s the sheer number of colors that appear on screen, even in darker spaces, that make Anuchard an absolutely visual delight, and a major driving force pushing me through to the end was the contrast between the dreary rain and clouds outside my real-life window and the bounty of shades and highlights that were splashed all over the Bellwielder’s village and surrounding areas.

Even though it doesn’t bring much to the table in terms of innovation or surprise, Anuchard remains a solid and exceedingly colorful adventure that offers a fun, if fleeting, experience. The chapter-based structure lends itself well to the light and optional farm-building elements and the main narrative of bringing life back to the world and its inhabitants. If you’re looking for a fairly charming action RPG that’s more familiar than fresh, Anuchard might be just what the doctor ordered.