Big Rumble Boxing: Creed Champions is an arcade boxing game set within the Rocky and Creed franchise. It was published by Survios and is its second collaboration with MGM Studios Inc., with the first being Creed: Rise to Glory for platforms that support VR. Prior to getting my hands on this game, I was very excited about there being a proper boxing game on Switch, something the system lacks. I am surprised we are yet to get a new Punch Out!! in all honesty (come on Nintendo!), but that’s for another day.

The collaboration with MGM Studios Inc. means that we have fully licensed characters from the Rocky and Creed franchise. Fighters include Rocky Balboa, Adonis Creed, Apollo Creed, both Ivan and Viktor Drago, and a handful more. You begin with 10 fighters available, with a further 10 to unlock through the Arcade Mode. All fighters are voice acted through grunts and their own one-liners, with Adonis Creed being voiced by Michael B. Jordan himself. Graphically, the fighters are well designed and as you would expect from an arcade style game, all the fighters are jacked up massively with abs upon abs and a slightly caricature-esque look. The soundtrack to this game will get you in the mood for a fight, with lots of songs referencing the franchises mentioned, such as the iconic “Eye of the Tiger” by Survivor. Presentation wise, Creed Champions is a very clean looking game.

There are three main modes to Big Rumble Boxing: Versus, Training, and Arcade. Versus is what you would expect it to be. You jump into a match of your choice, at a location of your choice, either against a second player or the CPU, choosing between two difficulty levels. Training, again, is self-explanatory. You can choose your match again, and either play against an opponent who doesn’t react, to help learn the ropes, practice combos, or have some practice bouts.

Arcade mode is the single player campaign of this game. Here, you select your fighter and follow their own unique story. I believe this is the only way in which you can unlock new fighters and outfits. Through a fighter’s Arcade mode, you will have some dialogue explaining the narrative, and then you head straight into a fight. This then repeats until the final fight of the arcade, and that person’s story is then complete. I was left a little disappointed by Arcade Mode. When I saw that Michael B. Jordan, among other voice actors were credited in this game, I was expecting more spoken dialogue in the story or at least a cut scene or two outside of the ring. One aspect I did enjoy was the training mini-games in Arcade mode, these are featured in everyone’s story at one point where you perform quick time inputs in rhythm with a speed bag, or treadmill, etc. It was a nice change of pace from match, after match, after match. 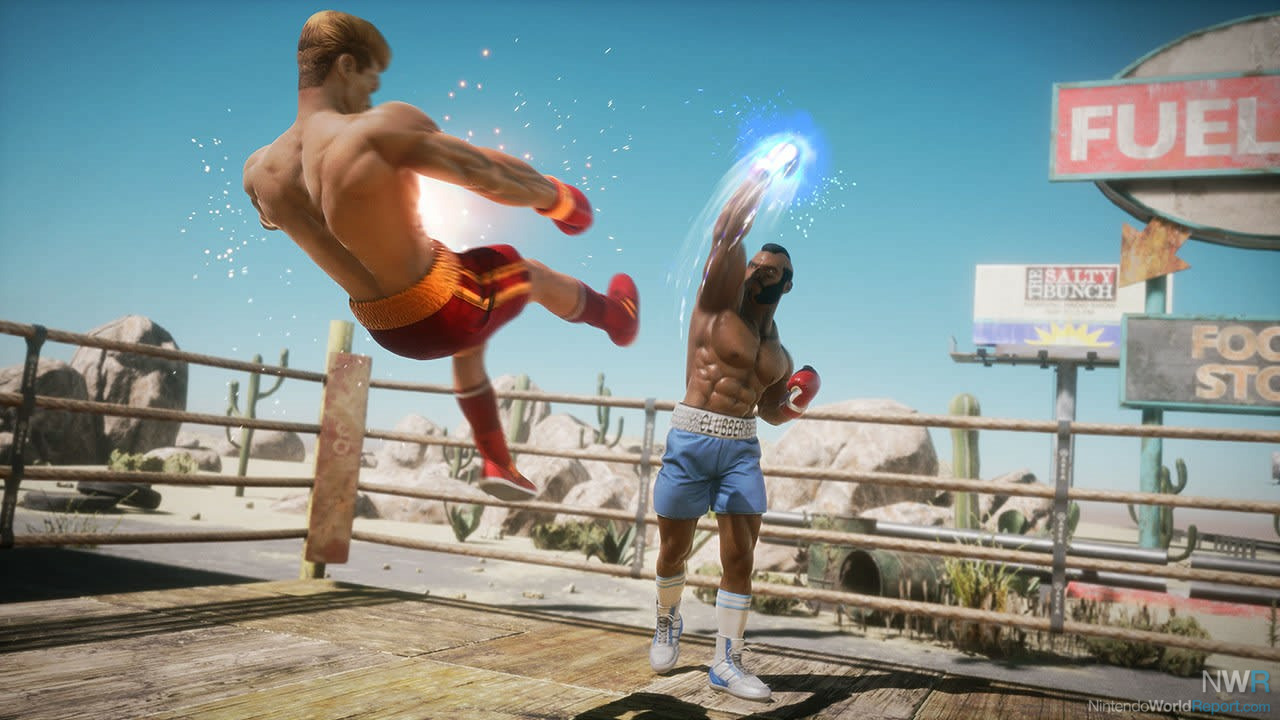 Another issue I found during my time with Big Rumble Boxing was the load times. Boy are they long! Especially in Arcade mode, where before a fight it will load all the narrative before the fight, then throw you straight into the ring; it just takes a long time and doesn’t help with the ‘stop/start’ nature of the Arcade mode.

Once you’re in a bout, though, it’s fun. If you’ve played past boxing games like Fight Night, this follows a similar formula, albeit not as deep. You have an HP bar, and when depleted you are knocked down. You then must button mash Y for your life to get up before the count. Speaking of button mashing, that’s all you really need to do to win. I played more conservative, with some guarding and dodging, which was great, but I felt as though your opponent’s moves are buffed drastically further into an Arcade Mode or on a higher difficulty to where you need literal professional boxing level reflexes to read them. Thus, I reverted to mashing my way to victory in those fights, which is made even easier due to there being no stamina gauge. This meant that for a solid two-minutes each round, my X and Y buttons were taking more of a beating than my opponent! Outside of these small gripes I have, the gameplay is very fluid and super enjoyable. I found that visually it was a joy on the eyes. The fighters, different arenas, and sound is full of life and character adding to the spectacle that boxing is. It is especially gratifying when you make good contact on an opponent and see literal sparks fly as you knock them off their feet. Having this all be based on iconic characters from Rocky and Creed makes it that much more satisfying and engaging, too. 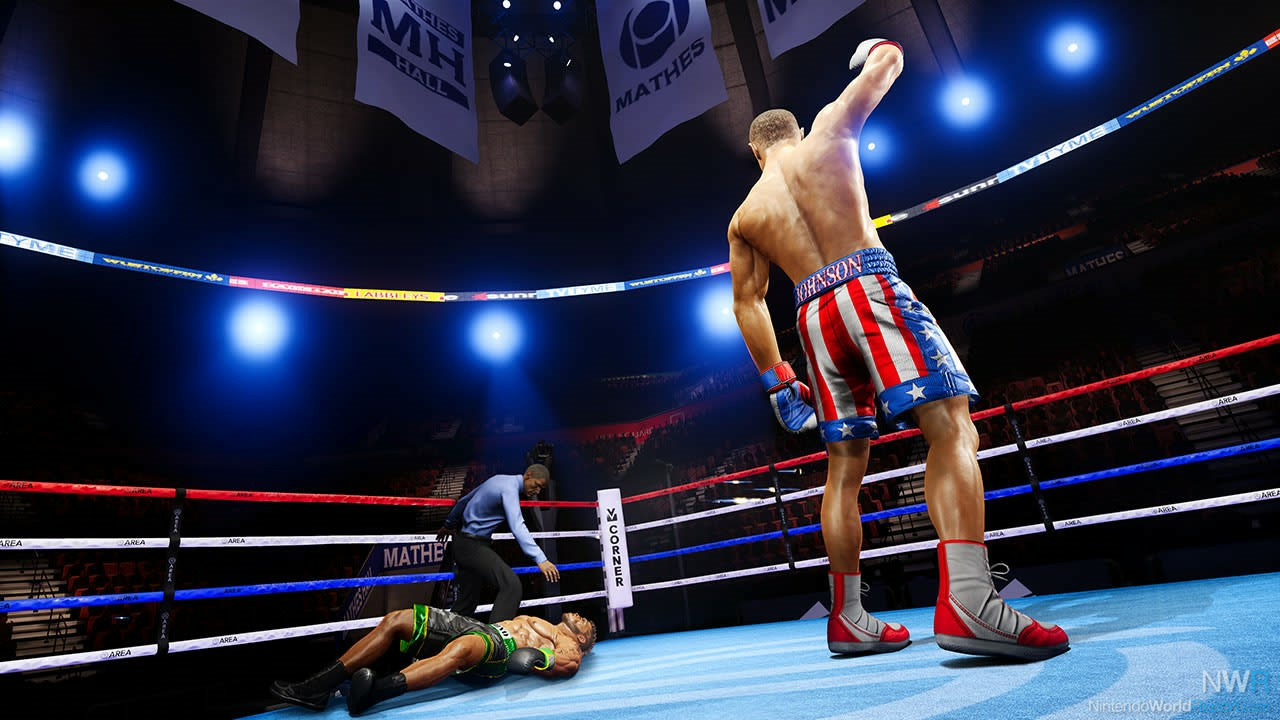 I think it’s important to keep in mind that Big Rumble Boxing is an arcade game. With that mindset, you are going to have a really fun time, especially if you spar with a friend. Who doesn’t want to play out Rocky versus Apollo Creed again? Or even Rocky versus Adonis? The Arcade mode does feel a little thin, and there are certain things that could have been done to flesh the game out from feeling like it’s missing something (more voice acting would have added some much-needed meat to this mode), but aside from this, it’s a great pick-up-and-play boxing game.