Nintendo has been a dropbox for a slate of not quite classic, but vintage games from the PlayStation 2, Xbox, and GameCube era, filling a space somewhere between the tidal wave of indies and the high profile releases on Switch. The latest in this cavalcade is Bloodrayne, the 2002 action game from Terminal Reality that features a femme fatale vampire and a sea of bloodshed. With so many games and so little time, the crucial question is this: does Bloodrayne do anything to warrant playing it? 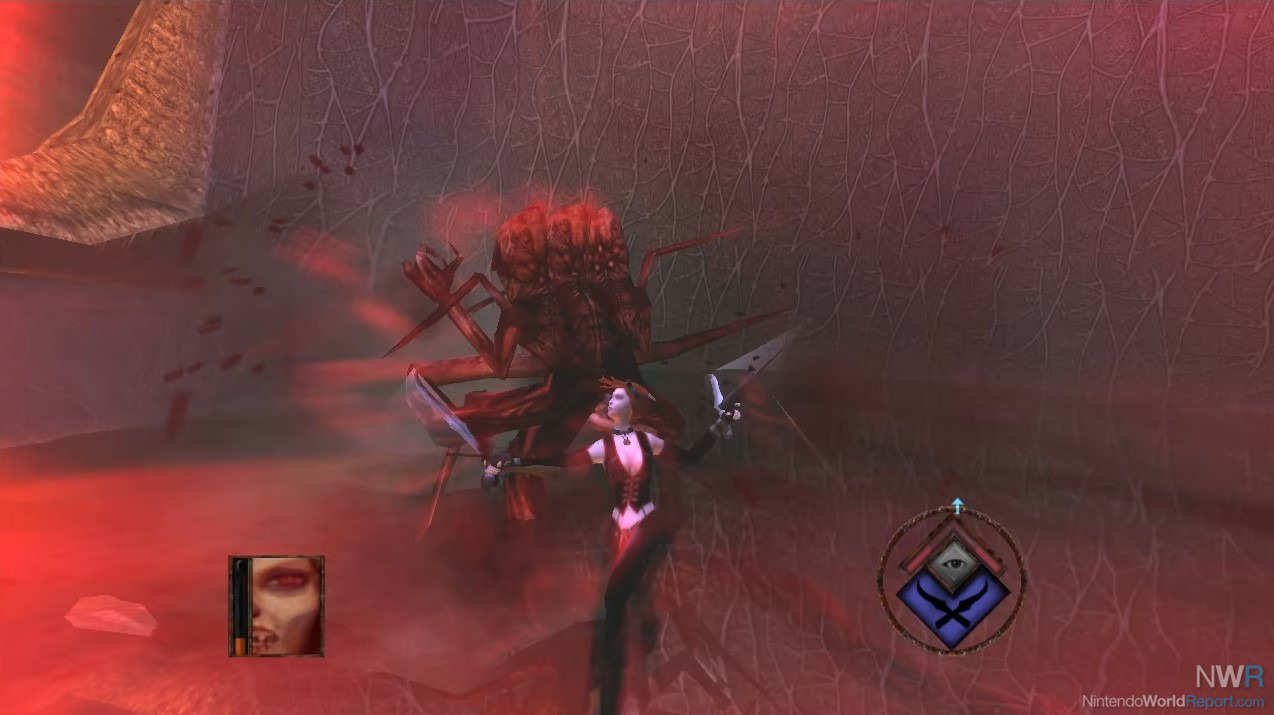 Bloodrayne is a 3D action game with a focus on visceral, bloody violence. Rayne is equipped with two long blades attached to her arms, and guns picked-up off of enemies and in buildings. Each encounter is a mix of hack-and-slash along with dual-wielding gunplay, with powered up combos earned after getting past certain boss battles. The enemies she encounters range from monsters and zombies to humans and Nazis. As her health is whittled down, the only way to revive is to cling onto humans and slowly suck their blood, accompanied by a sickening sound of slurping and almost sexual moaning.

Gameplay is both the high point and a stark reminder of Bloodrayne’s age. When walking, Rayne has a brisk gait, and the basic camera controls are quick, if not almost unwieldy. In normal mode, enemies are painfully easy. Using blades takes no skill, with combat being reduced to button mashing and occasionally switching to guns for the cool factor. It can be fun at times in that “mindlessly hacking and slashing monsters” kind of way, but doesn’t take long to grow stale. Sections exploring buildings feel cramped in a non-deliberate way, almost like Rayne as a character and enemies themselves are larger than they should be. Jumping is really stiff, and with several sections that require oddly precise landing, it can become a real pain. Also, Rayne is damaged by water—when did vampires become harmed by water that wasn’t holy? 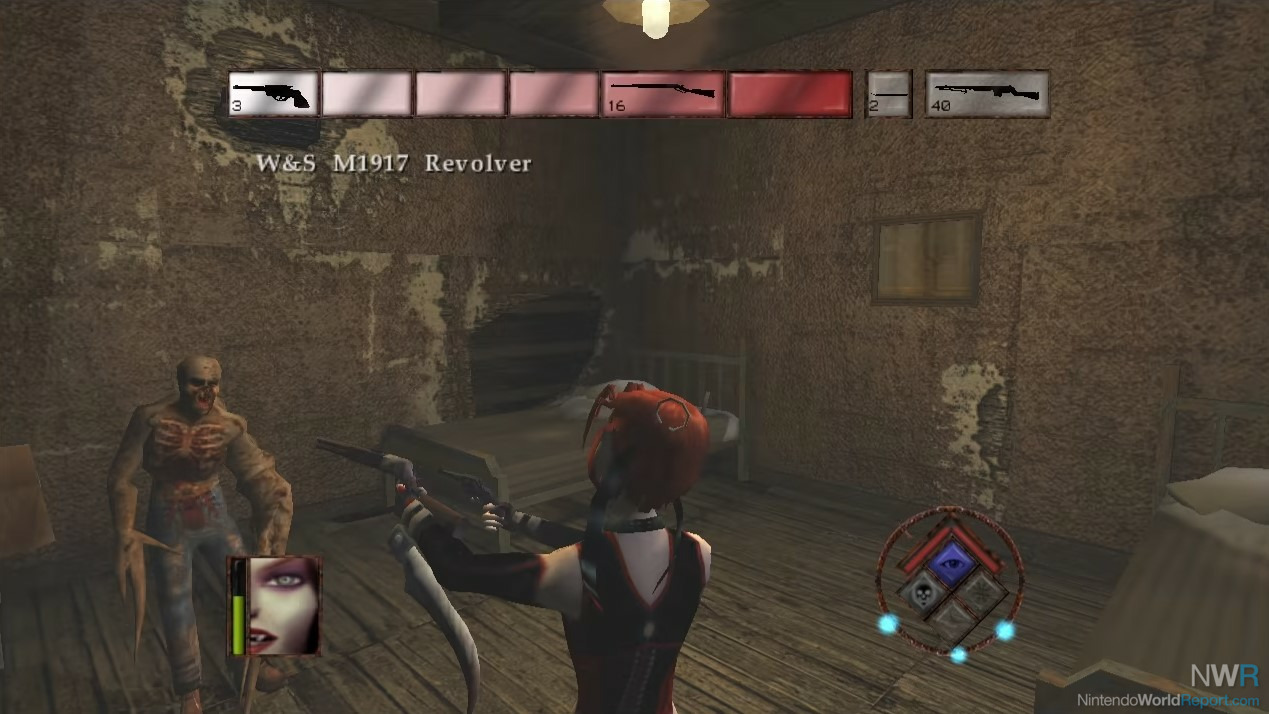 Rayne’s story is painfully simple, to the point where introduction to the action is basically just an acolyte of the Brimstone Society (a secret society of defenders from supernatural threats) hardly acknowledging her then indicating a direction to go. This is actually a blessing since the plot itself is a thread-bare excuse to tie together different locales. The dialogue is cheesy, and not in the fun and self-aware way, but instead the B-tier action movie type where each conversation begins and ends with a lame attempt to sound cool. Some of it can be forgiven, since it’s in-line with a lot of the game writing quality of its time. Visually, everything is dark, with a muddied appearance that looks sloppy rather than an intentional artistic choice. Rayne is dressed in a skin-tight red and black leather outfit, like Milla Jovovich in some of the earlier Resident Evil movies.

Video games as a medium have come a long way since the early aughts, and that’s the lens you have to view Bloodrayne through to enjoy yourself with it. The presentation is grimey and dark, which feels befitting of its tone, but it rarely looks good or interesting. Rayne as a character is a cardboard cut-out of female action stars of the time, and the story would be laughably bad if it weren’t there already. As well, the action has aged poorly with its unrefined hack and slash nature, even if you can wring a few drops of fun out of it. It’s hard to recommend Bloodrayne to anyone other than people who’ve played it and have a fond nostalgia for it.