Originally released on PlayStation 4 and PC in 2019, Action RPG Cystar has made its way to the Nintendo Switch. From publishers NIS America, Crystar follows the tale of Rei, a schoolgirl. She is transported to Purgatory, where she accidentally kills her sister, Mirai. To atone for her sin, she must fight her way through Purgatory as an executor for Mephis and Pheles, the demons who oversee this world, to collect ‘Idea’ that will help restore the soul of her sister.

Crystar doesn’t hold anything back in its opening section. It touches on a wide range of sensitive subjects you might not usually see in video games, most of which are based on mental health – and handled quite well. Couple this with the expert voice acting, and it really hits you in the chest at times. Despite the cutesy-looking characters, the dialogue and story are most definitely not for children.

Speaking of cutesy-looking characters, that’s basically everyone in this game. Rei, the protagonist, is hella adorable, as is her sister Mirai – which makes it that much sadder what happens in the opening scene. On top of that, the antagonist and various demons you encounter are also all cute anime girls. I, for one, am a fan of this and a sucker for anime girls in any context, so well done, Crystar. Unfortunately, cute anime girls sometimes aren’t enough.

The main thing you’ll be doing in Crystar is fighting enemies in dungeons. The battle system is very basic and one of the sore points of Crystar, which is frustrating as it’s something you’ll be doing a lot. In combat, you use the X button for a light attack and Y for a heavy attack. Holding the R button and pressing one of the face buttons allows you to employ a special move that uses your limited Skill Power (SP). The moves at your disposal are pretty limited. Although a chain combo meter pops up to show how many consecutive hits you have, they don’t feel like combos. What I mean by that is the combat is very hack-and-slash-heavy, and it’s hard to string more than four or five moves together without Rei having to pause before you start the same moves again. Due to this, combat becomes stale quite quickly.

What’s more, the dungeons you get to perform this stale combat in are very lengthy. Emphasis on very. Each dungeon consists of multiple levels joined together by warp tiles that take you to the next floor. Don’t get me wrong; visually, Purgatory and the dungeons look great – they’re full of colour, floating steps, cracked buildings, all very distorted. However, you get sick of this almost immediately when you endlessly run from section to section, spamming X and Y, and then repeating this process for 80% of your time in Crystar. 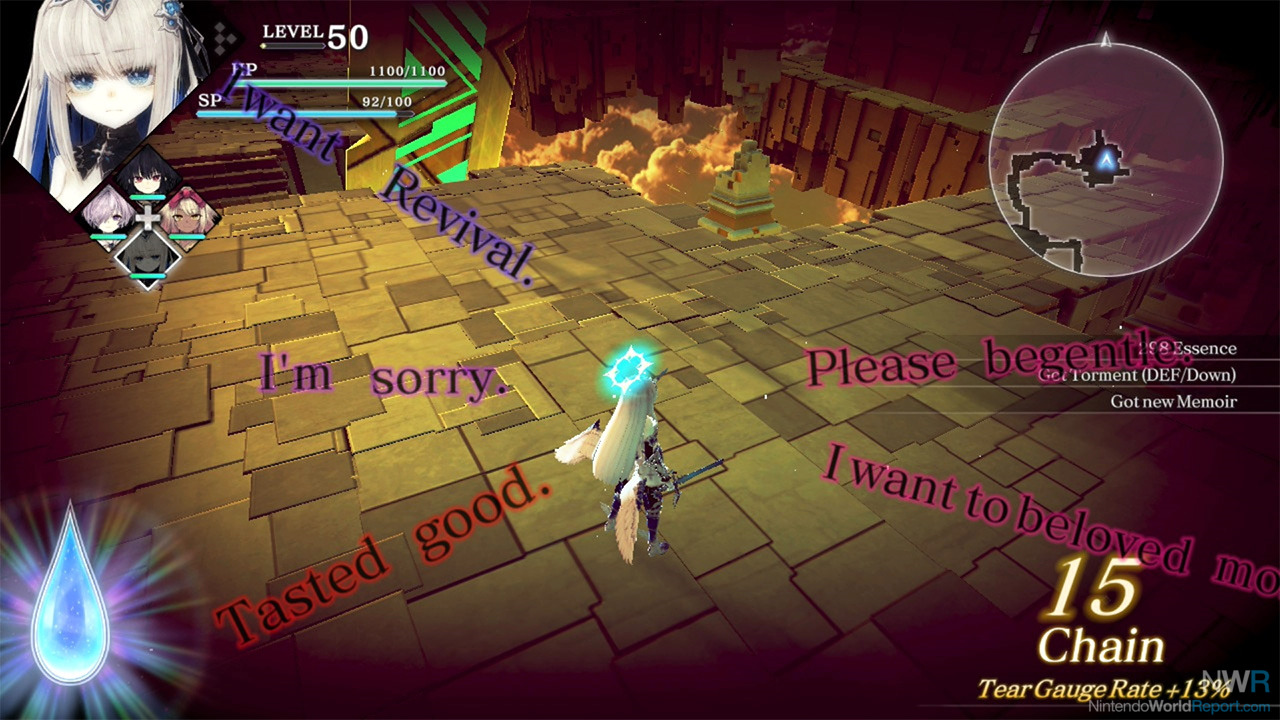 The other area where you’ll spend the rest of your time is Rei’s bedroom. This acts as the central hub where you can do various things before starting your next ‘mission’ in Purgatory. In her room, you can change outfits, some of which are definitely ‘fan servicey’ like school girl outfits and swimming costumes, that Rei will wear in Purgatory instead of her default outfit. You can also look at any artwork you have unlocked, in addition to being able to refer to a glossary of terms and characters you have encountered where you can learn more about them. There is also a music section where you can sit back and vibe to the various songs you’ve heard on your adventure, some of which are actually pretty great! Lastly, and most importantly, you can play with Thelema, who is your pet dog. Yes, you can play with the dog – the ultimate distraction for when you accidentally murder your sister and then have to fight through Purgatory to rescue her soul.

As mentioned prior, Purgatory looks excellent, as do the character designs. In particular, the character portraits during dialogue and how they change depending on the character’s emotion is terrific and adds to the already fantastic voice acting. Unfortunately, the in-game models do not look as great. I did want to blame it for being an ‘older’ game, but it’s only around three years removed from its initial release on PlayStation and PC. It’s not awful, but when you’re sucked into the dialogue and character portraits, to then return to the expressionless in-game models, it really impacts the previous mood that was set. 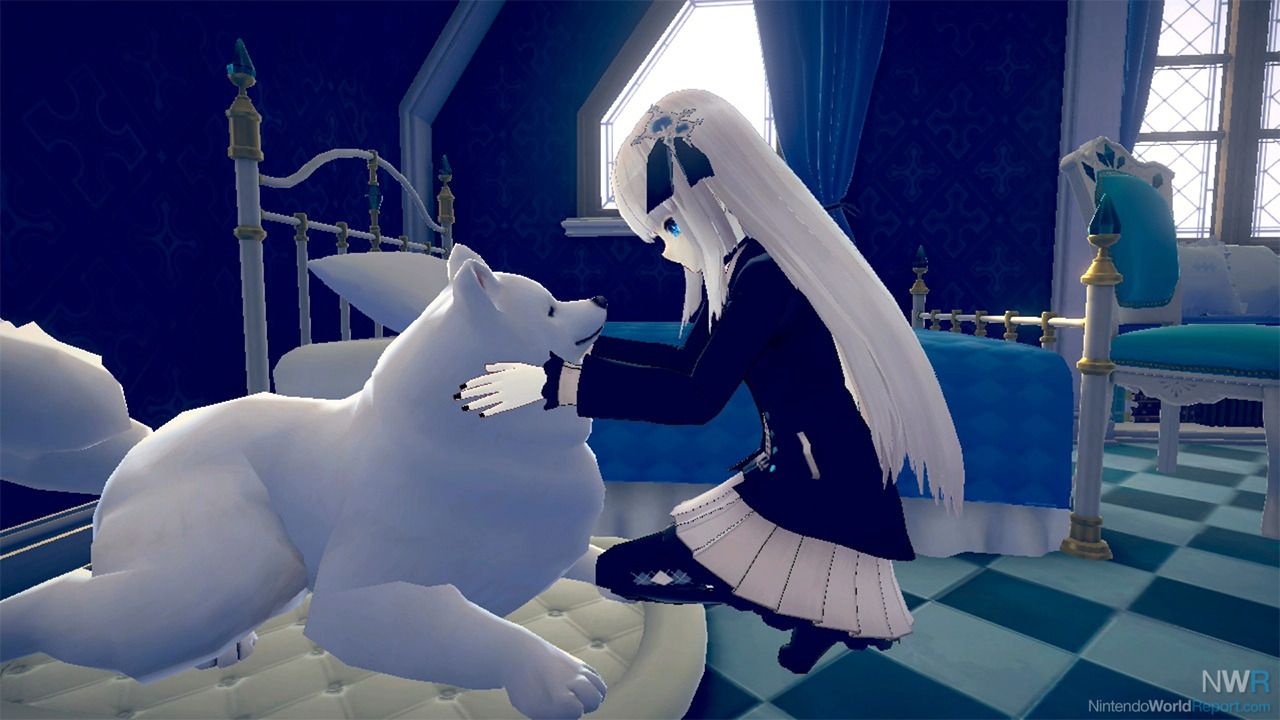 I would like to just give a massive shout out to the heavy metal, anime opening MV for this game that plays after the prologue. Given that the story of Crystar is made for an anime, I would be incredibly down for this to become an animated series, with the art style used in the opening cinematic. The concept is excellent, the story is deep (albeit it doesn’t play as deep as it could have), and the anime demon girls are fantastic. Sign me up! Unfortunately, I am not reviewing just the animated cinematic; I’m also reviewing everything around that.

Crystar is an excellent story wedged between way too much repetitive and meaningless combat inside gorgeous yet long-winded dungeons. The non-stop button mashing fights add no value or depth to the story except for the simple reason to progress. Unfortunately, what initially started with a shocking plot and opening unfolded quickly into a tedious gaming experience.