For as frequent as animals are playable in games, rarely are they portrayed in a realistic manner comparable to their real-world counterparts. As much as I’ve enjoyed playing as Banjo, Kazooie, Fox McCloud or Donkey Kong, I’ve rarely considered them as actual animals. Gibbon: Beyond the Trees tries to make the experience of playing as a gibbon ape as authentic as possible. While the aesthetics and movement feel solid, poor performance and lacking controls make Gibbon: Beyond the Trees feel more like a miss than a successful swing.

The opening of the game sees a pink and a yellow colored gibbon ape leaving their home alongside their blue offspring on a journey to find a new place. On their adventure, you learn about the hardships they face and why the gibbon apes have become endangered species. The game does have a small narrative that serves the purpose of presenting you with different scenarios and circumstances through which you have to guide the pink gibbon. There’s no dialogue or text to communicate the story, and I found the use of visual storytelling quite fitting and pleasing. 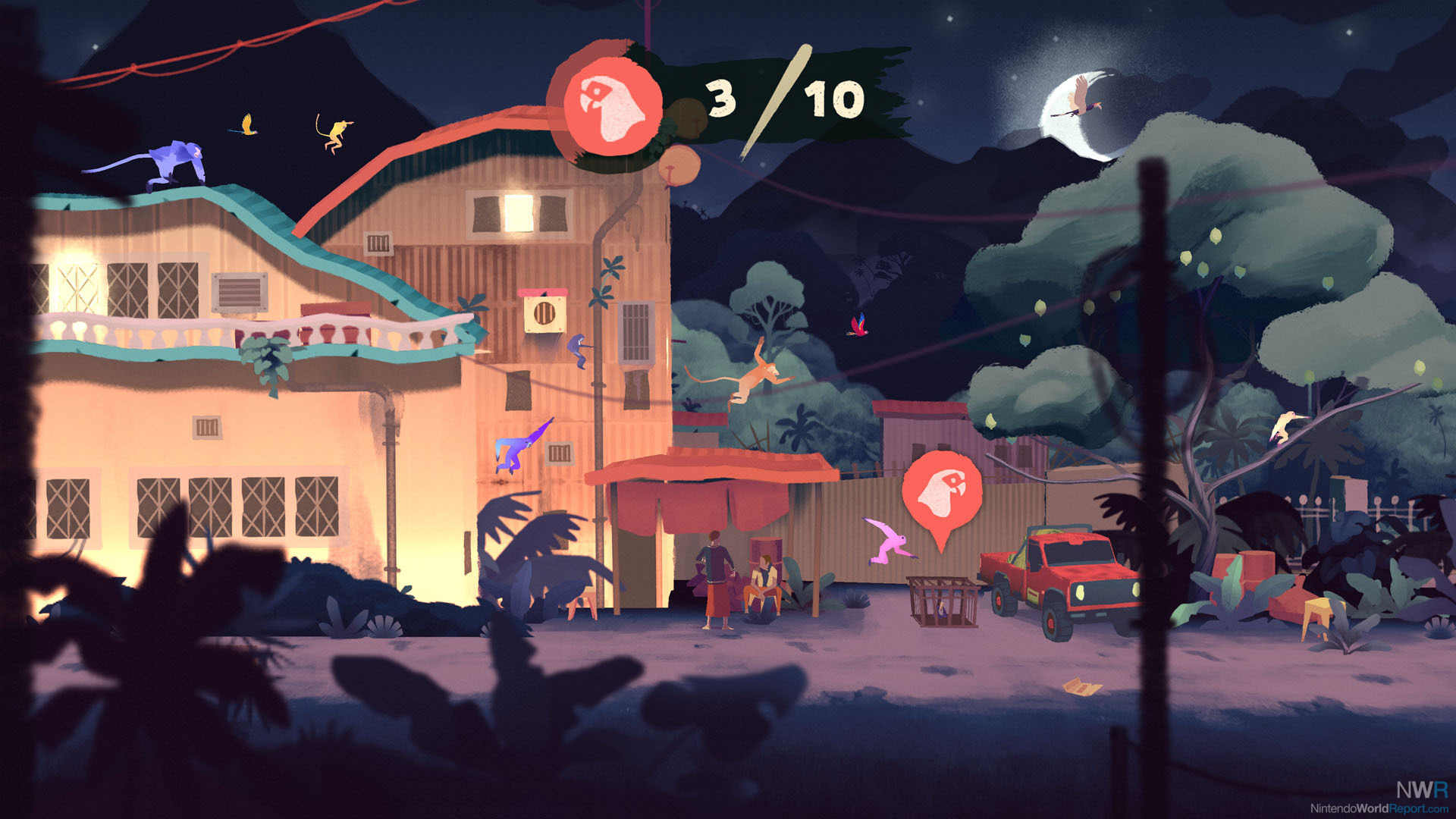 The actual gameplay sees you swinging, climbing and sliding alongside tree branches, wires and vines to cross gaps, gain speed, and jump your way to safety. Environmental obstacles like natural elements and human interference block your way and require you to react quickly in order to evade danger. You only use two buttons for controlling the gibbon; since the game is an auto-scroller, you can run, slid,e and jump with the L-button, while holding down the R-button causes the gibbon to grab onto objects to swing itself forward. Letting go of the R-button helps you gain momentum in order to pick up speed and height. The flow can feel quite nice, especially once you combine it with other techniques you pick up along the way like a backflip that gives you an additional speed boost. 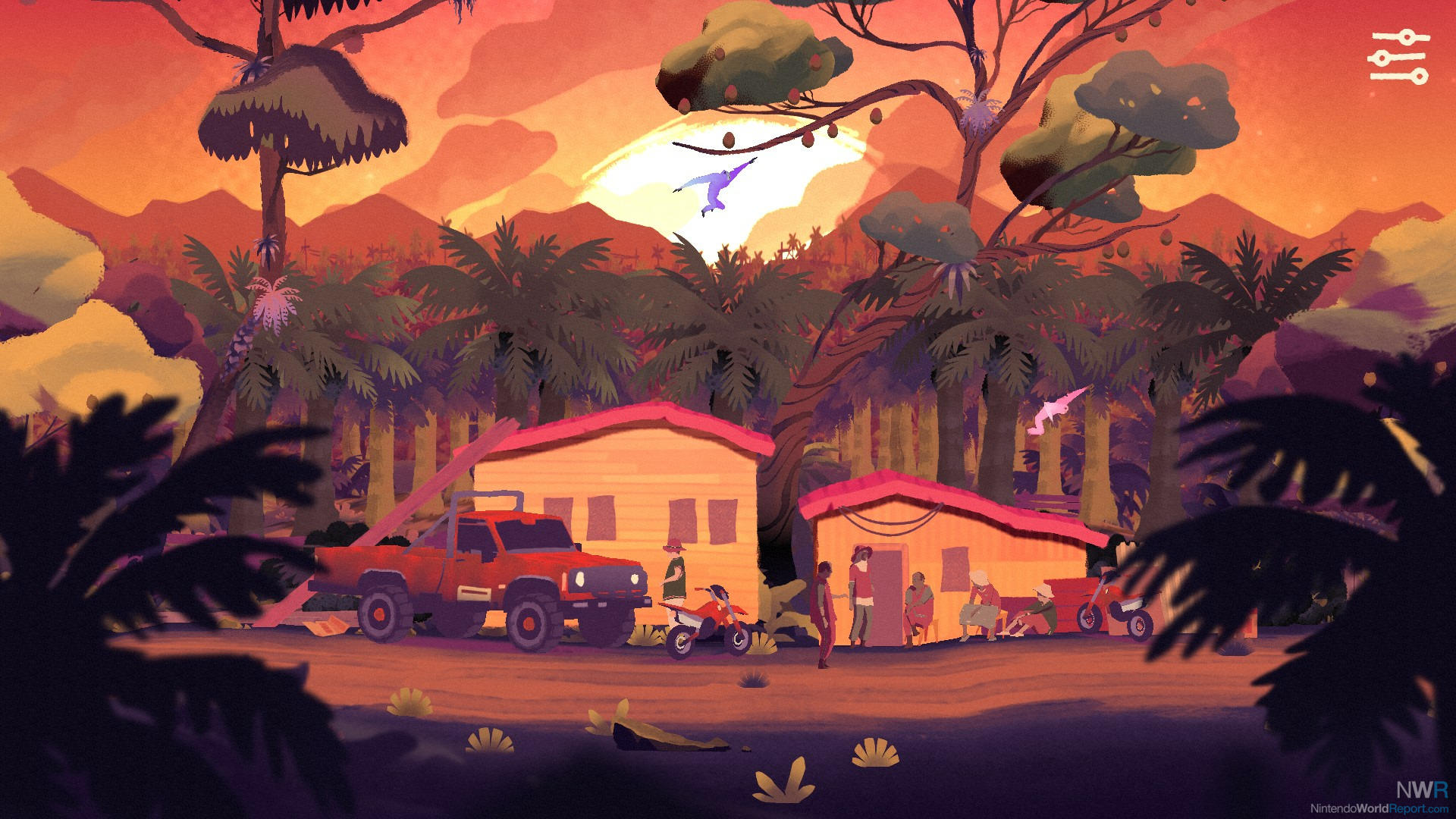 However, this is also where I really started to notice the major issues with the game. Slowdown, especially in the latter half of the game, became incredibly frequent. The game is seemingly unable to keep up with the speed of the gibbon as more and more visuals are introduced on screen. Additionally, the game opens with an almost 50-second long loading screen. I also found that the responsiveness of the controls was incredibly lacking. I often found myself letting go of branches far too early or not even latching onto new swingable surfaces when pressing the R-button again after letting go for a swing. This really became annoying in levels where precision and acceleration became key to clearing big jumps without getting a game over. While the gameplay already became quite repetitive halfway through, these unresponsive controls killed most of the enjoyment I had at the beginning of the game. 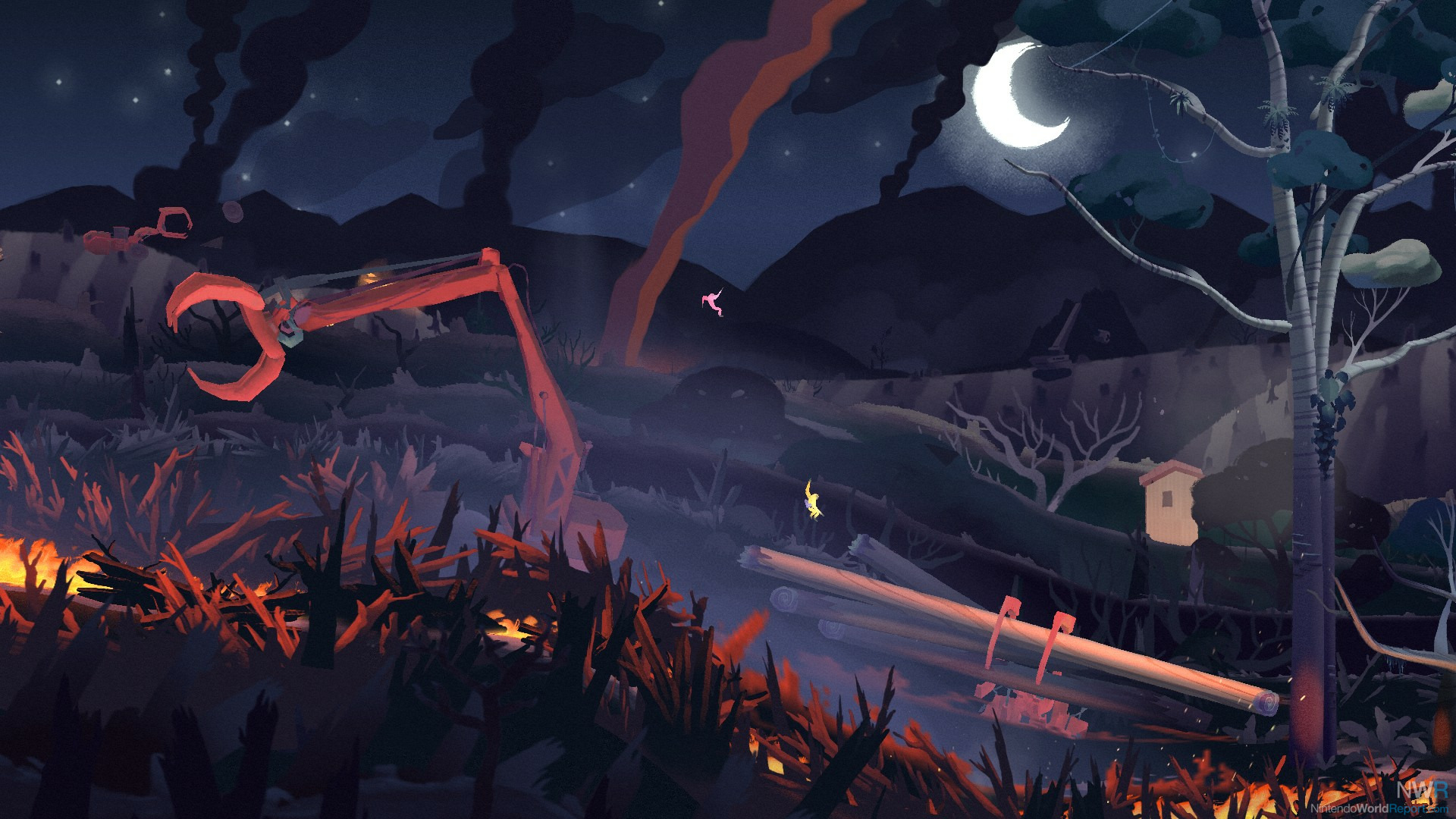 And there is enjoyment to be found here, I feel. For one, the visual style is really gorgeous with a large variety of colors and backgrounds that make you feel like you’re progressing through the jungle towards more human structures. I also liked the little story beats the game gives you, even with quite a few twists along the way. It’s a shame the game is only about an hour and a half long and that repeated playthroughs in the “Liberation” mode don’t change things up too much. The game overall has a very prominent message and was clearly made with a lot of good intentions and passion towards the plight of gibbon apes, but I wish that there was more to the game to leave a truly lasting impact. 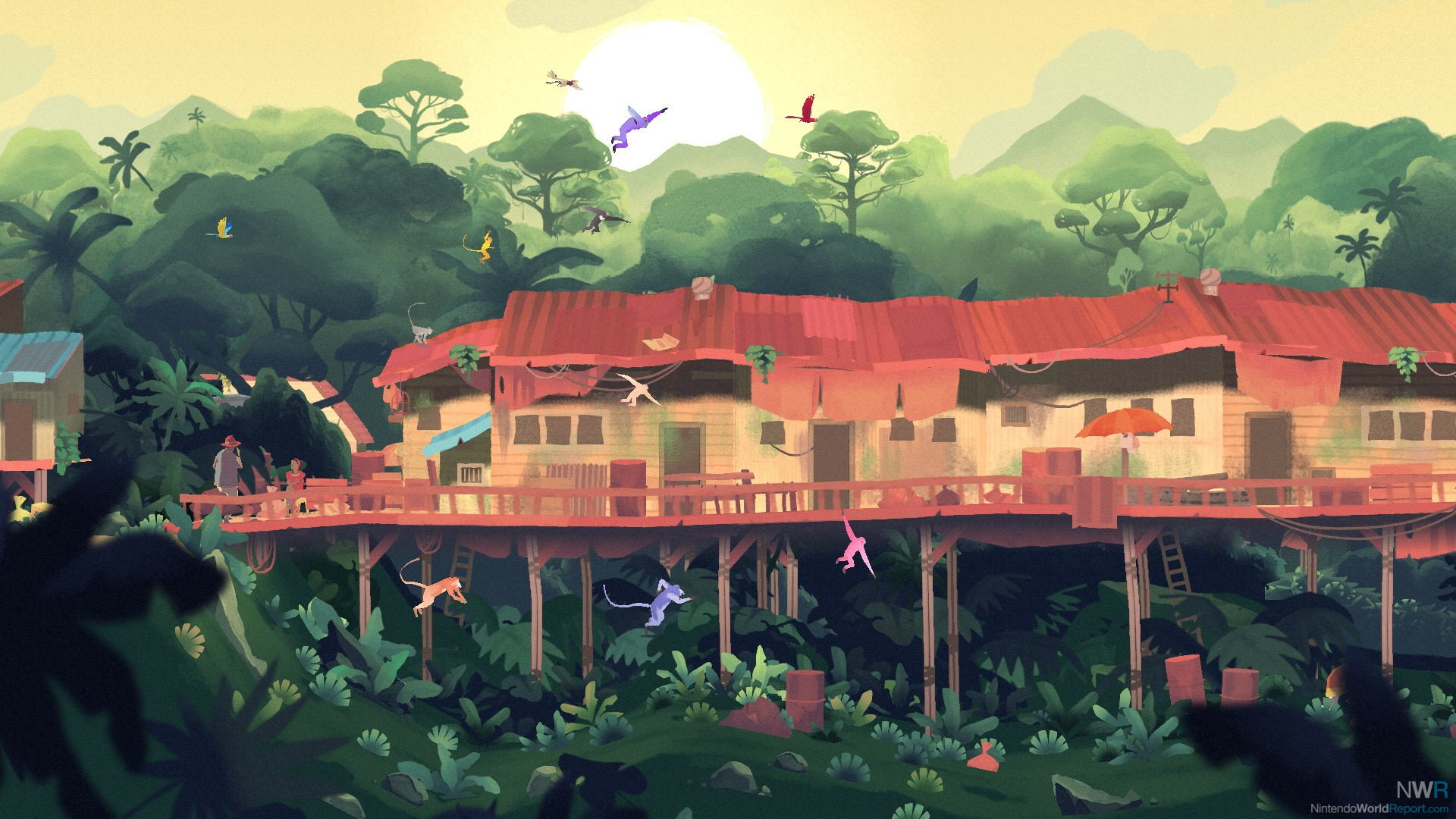 Off-putting controls, repetitive gameplay, and some pretty rough performance make Gibbon: Beyond the Trees unfortunately not really a recommendation on Switch. While the visual style is truly gorgeous and you feel as if you’re actually controlling a gibbon, the game just doesn’t hold up even for the short time you’ll spend with it. The danger gibbons face truly is an ecological crisis, but if you want to support that cause, a donation towards the Gibbon Conservation Society is far more satisfying than playing this game.