Nun Massacre caught my attention right away, combining two of my favorite aesthetics: ’80s low-budget slasher films and PS1-esque polygons. I wasn’t familiar with developer Puppet Combo’s other lo-fi horror games, but as soon as I saw Nun Massacre on the Switch eShop, I was instantly captivated. Like choosing a great slasher VHS from the rental store, my instincts here were correct: Nun Massacre is very much in my wheelhouse. Let me help you decide if it’s in yours.

Nun Massacre is a first-person horror game with puzzles and (optional) combat, but those mostly exist in service of the story and the terror. This is a game that wants to make you feel alone, confused, helpless, and scared. It mostly succeeds. You play as a mother whose daughter attends a boarding school run by nuns. There’s a letter, an illness, a bad feeling, and you travel to the school to check on her. Once you arrive, you find the school empty. As you explore, you discover scattered notes and begin to piece together the story of a descent into madness. There are obstacles preventing your progress at every turn. To get past these you need to find items by thoroughly searching rooms, opening drawers, checking clos- NUN WITH KNIFE

This is the gameplay loop of Nun Massacre. Explore the world while memorizing item placements and their usage sequence to progress. Aside from some slight backstory, the critical path is all you need with your goal being to simply to survive to the end. And The Nun’s goal is to prevent your survival.

The Nun is a brilliant adversary, along the lines of Nemesis in Resident Evil 3 or a ghost in Pac-Man: pure, single-minded pursuit. Once they are in close enough range, you’re as good as dead. You can run from The Nun, you can divert The Nun, but you can never really defeat The Nun. This dynamic creates a genuine sense of lurking horror and tension throughout the experience. 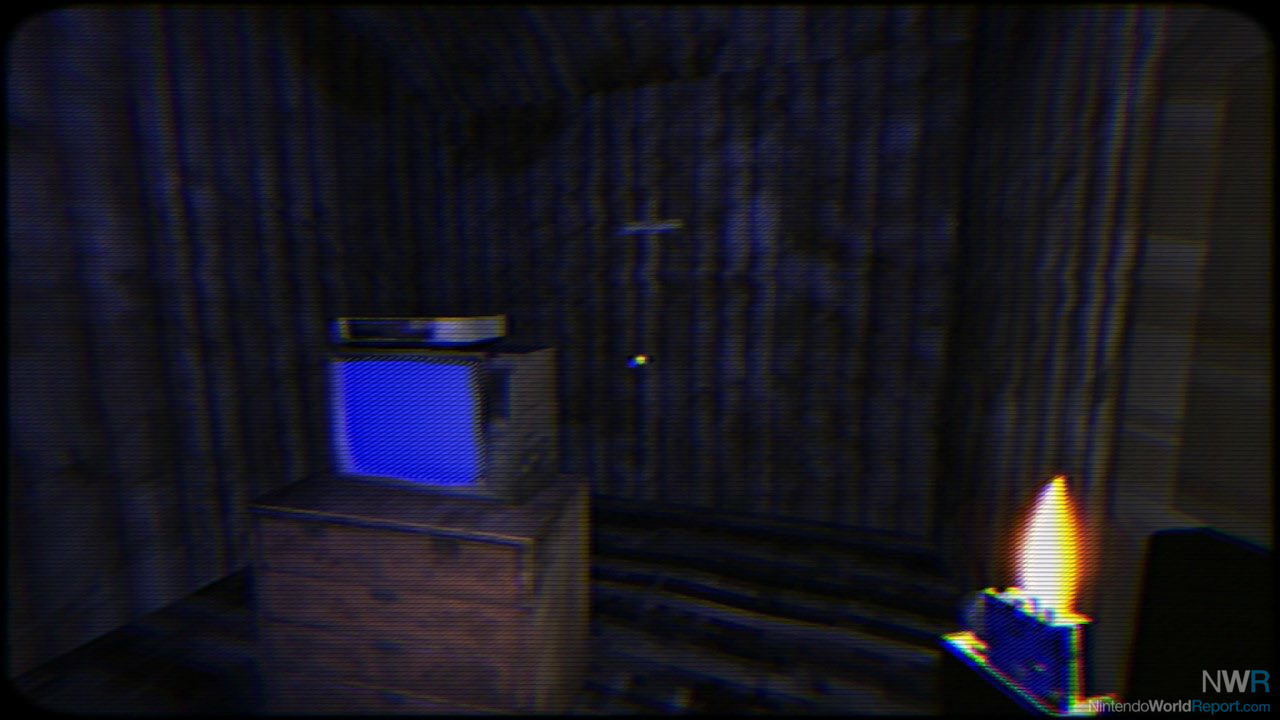 My first in-game death (and ending) came from a misstep and falling into a pit of barbed wire, ala Suspira (1977). Instead of cutting immediately to a game over screen, I’m forced to hopelessly flail in the barbed wire as I wait for death. Then The Nun appears. Slowly rising into view she stares directly at me. There is palpable tension as I wait for what inevitably comes next. Finally, the stabbing begins.

Moments like this are where Nun Massacre truly shines. This scene is not only brilliantly constructed, but also a love letter to the horror genre. Homages to horror films and games are sprinkled throughout the game, from Silent Hill’s radio static when danger is near (here taking the form of VHS tracking) to a health tracker that’s extremely similar to the one found in the PS1 Resident Evil games.

Unfortunately, Nun Massacre also adheres to some conventions of the survival horror genre that were perhaps better left in the past, such as a limited three-item inventory and excessive backtracking. I found the backtracking in the middle of the game especially egregious, finding myself running in circles taking items from one visually similar part of the multi-level school to another. During this stretch the encounters with The Nun became less terrifying, and honestly, more annoying than anything, which had an adverse effect on the tension and mood of the experience.

That said, it’s an experience seeing through (after a couple of hours of trial and error, a playthough will take roughly 30 minutes). There are multiple endings that recontextualize the story and leave quite a bit to the player’s interpretation. One way or another, Nun Massacre will leave an impression.