A simple way to sum up Ocean’s Heart is that it’s a snappy modern 2D Zelda with twangs of Wind Waker. You play as Tilia, an adventurous young girl who sets out across the seas to find her lost father. Along the way, you go through a relatively open-ended adventure complete with oodles of quests and side quests as well as a handful of solid puzzling dungeons. It’s a fun world to play in, littered with secrets. A few nagging issues hold it back, but considering it’s a solo-developer project, I came away immensely impressed with Ocean’s Heart.

At the outset, you receive relatively specific directions to leave your town and ask around about your father’s whereabouts, but shortly after, that’s when you start getting multiple main quest threads to follow and a cavalcade of side quests. Once you get a handle of how to move around the world, the world opens up immensely, and you can keep an eye towards the primary goal of tracking down the pirates that your dad is tussling with while also finding a variety of dungeons, power-ups, and upgrades. What’s wild to me is that a lot of the items in the world are somewhat optional. For example, you don’t technically need the early magic ability to reflect projectiles, but it does make the boss of a dungeon easier. Some items do appear to be required, but overall this open-ended aspect lands a lot stronger than Link Between Worlds’ second half where you can just rent items to complete dungeons in any order.

The world is set on a variety of islands that are, at first, unknown to you. You fill in your map as you explore, with holes also being filled in by talking to other characters and finding charts. Sailing is more of a fast-travel method than any pure gameplay element, but the watery vibe shows up across the game’s pier-laden areas and pirate villains. The world here feels lived in, with well-written NPCs that have things to say about their place in all of this or the plight they’re in because of the pirates. It’s a good thing the writing is solid, because over time, the combat gets a little too button-mashy and simple. Powering up your sword and armor eventually make the most effective method of progression to be brute-forcing your way forward without much strategy. 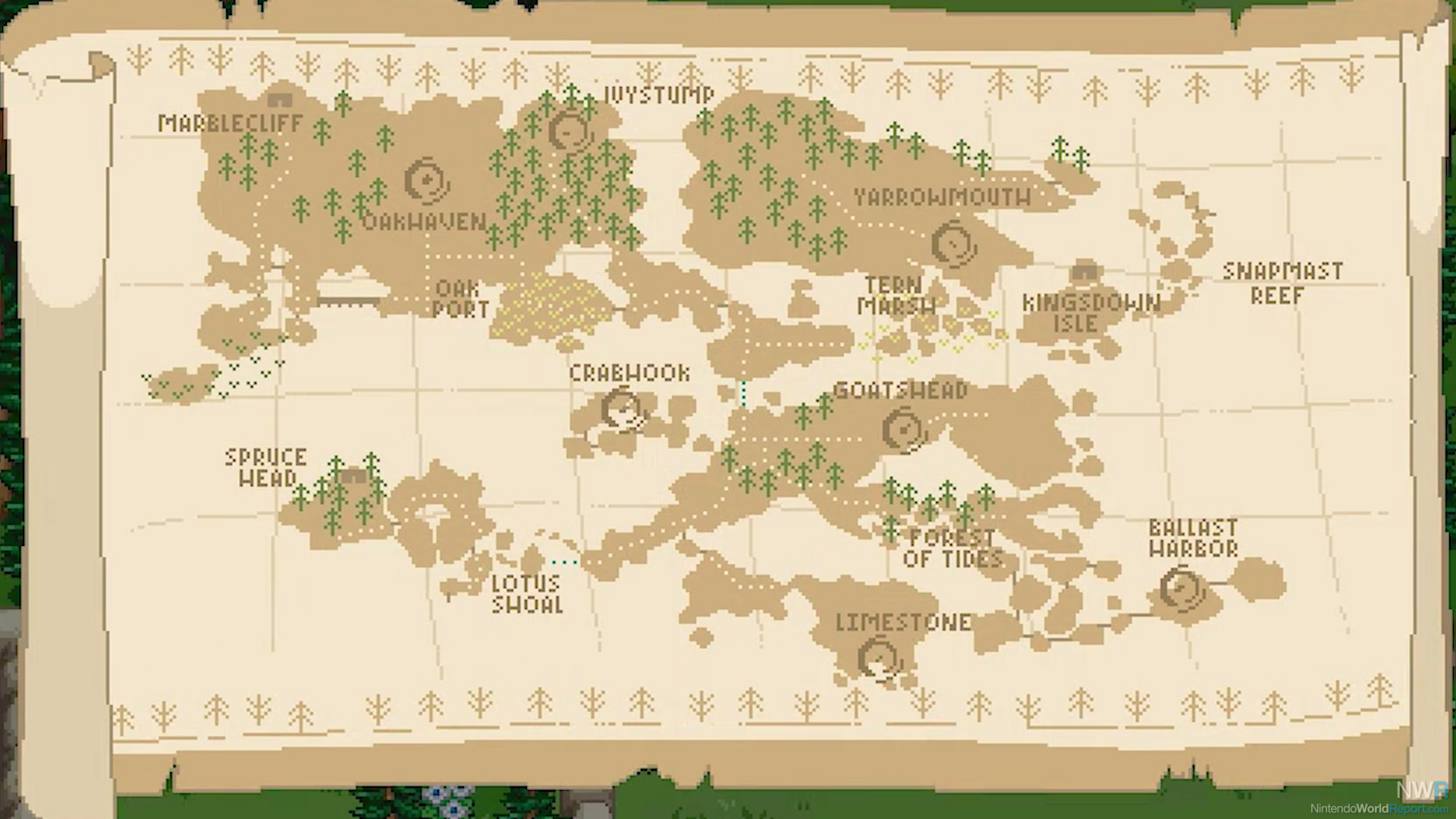 Most of my issues can be at the very least explained by the fact that this is a solo-dev project. While the game does a very good job of tracking quests and where to go next, there were a few times where the wording was vague enough to confuse me. Also, having roll and interact on the same button led me to accidentally roll off into the damaging water many times more than once. Sometimes it’s hard to tell what places are accessible and what aren’t, and while maybe those spots are supposed to be obscured, it didn’t seem consistent throughout the world that this is how the world was laid out.

Still, Ocean’s Heart is a tremendous experience even with some rough edges. It’s evocative of the likes of Minish Cap in all the best ways and succeeds at being more organic and open than a lot of similar games. I’d love to see this game’s foundation build and grow because the promise is immense, but even if this is the peak of Ocean’s Heart’s developer Max Mraz, it’s still an enjoyable game.