When I first saw a trailer for Time Loader on the eShop, I was intrigued. A Switch port of the Steam version that launched in 2021, it looked like a puzzle-based Metroidvania involving time paradoxes. Unfortunately, it doesn’t quite come together as well as advertised. The game does have a very interesting premise, though: it begins with a wheelchair bound scientist feeling regret that he never became the professional baseball star that he always wanted to be. You see him tripping over a toy car when he was young, which resulted in an accident causing him to lose the use of his legs. He has been spending years trying to find a way to go back in time and fix this accident. He creates a crude machine that consists of a claw and wheels. This machine gets sent back in time with a fancy time microwave, and that is how the game opens.

It’s a pretty cool setup and you can already feel the comparisons to something like the sci-fi show Quantum Leap. I was excited to move a little robot through a house to save the future of this scientist. It turns out, though, that the game is not exactly what it seems. First off, the robot moves painstakingly slowly, making the game feel like such a slog from the very beginning. There is no speed upgrade, so you are stuck with that for the whole game; patience is essentially a requirement. The graphics leave a lot to be desired as well. The art design consists a very basic style completely devoid of textures. The house that you move around in seems quite bland because of this. It would have been much more immersive if there were wool textures to give you the feel of the softness of a couch or a wood grain on the shelves in the basement.

The premise of Time Loader starts off with a mission to find and destroy each thing that will cause the scientist’s tragic accident to happen. Once you dispose of one thing, another becomes the cause, and this continues until you get rid of all the possible threats. For example, the original accident was caused by a child tripping on the race car; once that car is eliminated, it shows that the child will still fall from getting electrocuted by the lights on the roof. So the next objective is that you have to find a way to turn off the electricity and so on. Once you find out that eliminating the target object doesn’t fix the future, you get to continue on from where you were. This is a plus since you don’t have to repeat the whole first part again.

Time Loader drops you right into the action, literally. There is a running joke about you losing your wheels because of this drop in. You don’t really get a whole lot of direction aside from a goal arrow and things you can interact with being highlighted with a box, or a circle for the things you can swing from. The basic gameplay is solving mouse-trap style puzzles to get from Point A to Point B. The problem is that a lot of these puzzles are either badly designed or the answer doesn’t make sense. I found myself just pushing the machine up against walls to see if I could climb over it. A lot of times you can just climb over things, but that didn’t feel like the way that the game wanted me to do it. It doesn’t really explain what can be climbed over and what can’t, so I found myself glitching through some things when I couldn’t figure out the puzzle. 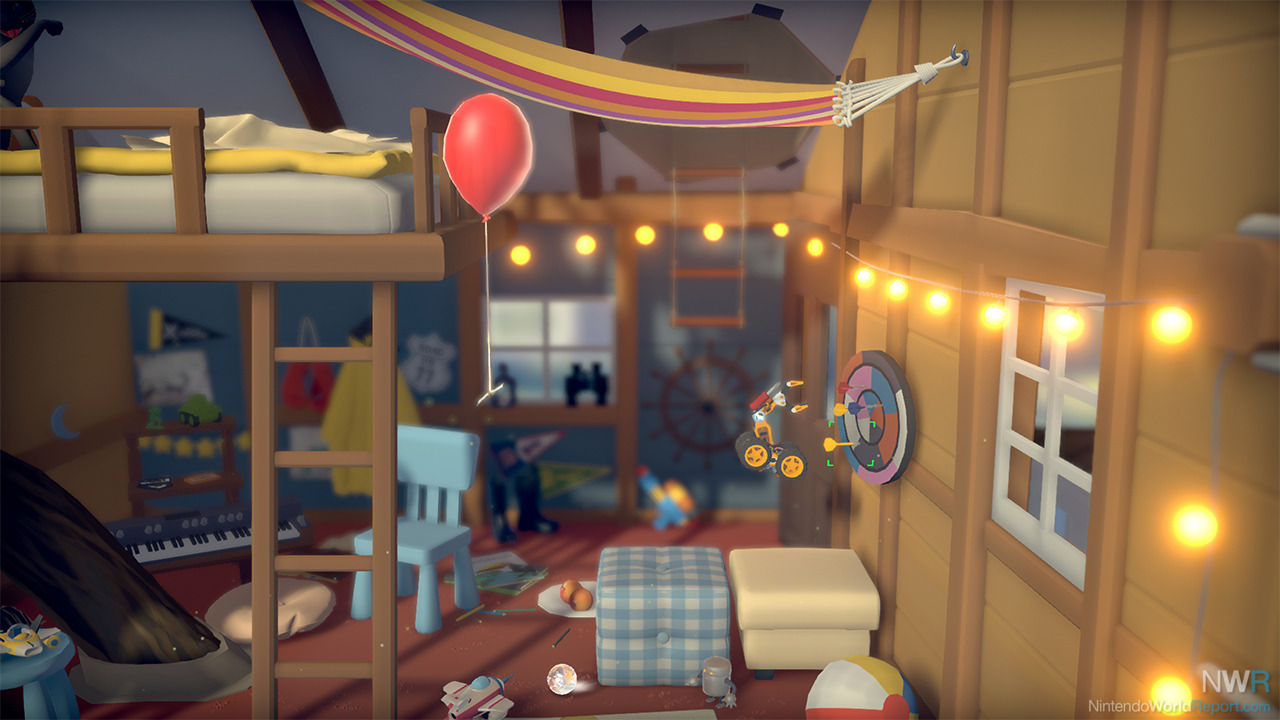 The movement feels really clunky, too. There was one puzzle where I had to push all of the drawers of a dresser at different times so that a can could fall through to the bottom. You have to push one drawer and then jump to the other to push the next one before it comes back. I found that the controls and jump were so floaty and unresponsive that it took me forever to just jump to each of the levels. This made the game much more painful to go through. Compounding this is that some of the puzzles are simply confusing. There was one that I got stuck on and it turned out that I could just drive the robot through a small tunnel that I couldn’t even see. I had to look that up because there were no hints pushing me in that direction.

All in all, the story, even with some unexpected turns, still comes out fairly predictable. There is a part at the end that makes it feel like the gameplay is going to change in a very exciting way, but ultimately it still turns out just like any other chapter. If the game would have truly delivered on that tantalizing promise, it would have felt like a more memorable experience. 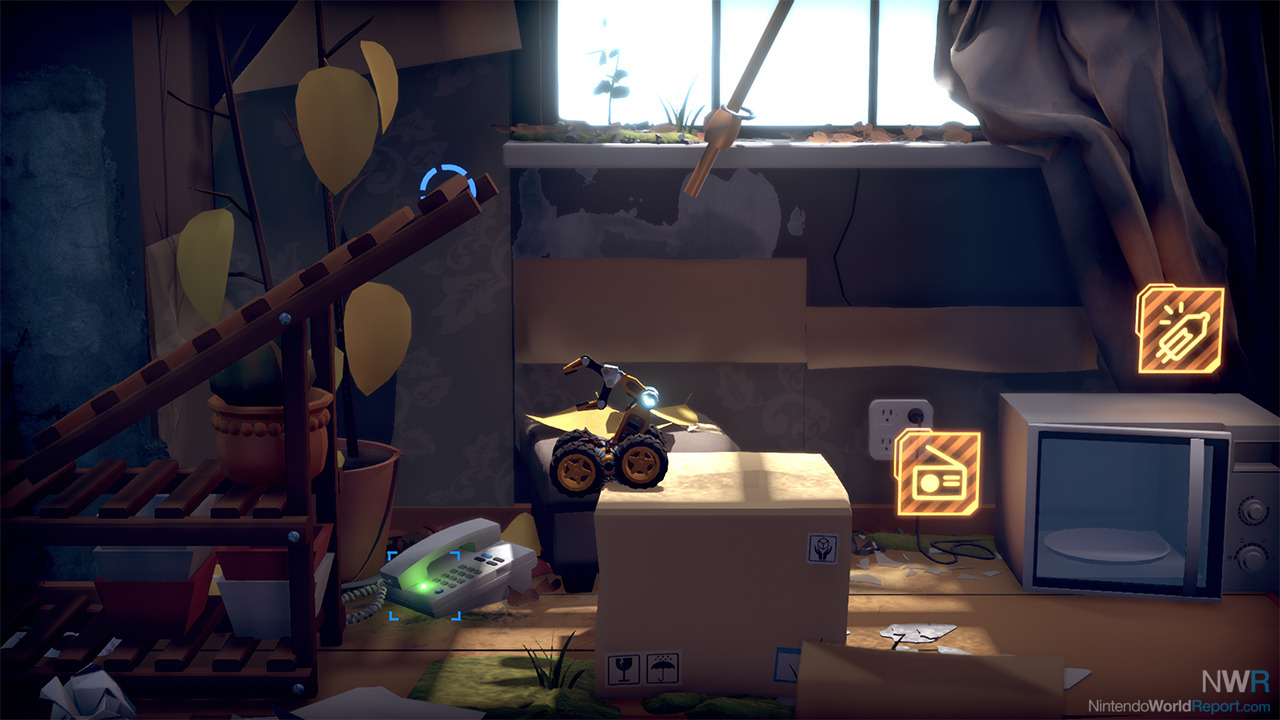 The running time is around five hours, and there are four different endings depending on how much you do in the final act. The game was already getting really frustrating with the clunky platforming by the third chapter, so it was really a massive slog at the end. By the time you reach the end there isn’t much of a reason to go back and try for the other endings since they aren’t that much different. There are some cool ideas here, but the execution never fully loads in.