While the announcement of a second Voice of Cards entry probably didn’t come as a major surprise to anyone who played the first game (The Isle Dragon Roars), the timing of it certainly may have. In less than four months, we now have The Forsaken Maiden, which employs the same card-based, tabletop style with a new cast and story. Given the lack of time between the first and second games, I’ll simply link my review for The Isle Dragon Roars here for anyone who wants to learn about the mechanics, such as exploration and combat. The bulk of this review for The Forsaken Maiden will focus on its story and the Switch experience in particular. Let’s shuffle up and have a roll!

The Forsaken Maiden begins on a small island with a single town and a mysterious spire. From a seaside cave, you’re introduced to the protagonist, Barren, and a woman named Laty, who is revealed to be the Maiden of this particular island. In this world, Maidens are charged with protecting each island from monsters and other dangers. You eventually learn that Laty needs to collect relics from other Maidens around the world to become capable of saving her home, Omega Isle. The island theme and seafaring exploration are noticeable departures from the first Voice of Cards, and after shoving off from the first island, you head south to meet your first Maiden and her partner.

Each chapter essentially revolves around a new island and new pair of characters that join Barren and Laty. This structure is a double-edged sword, though, since the revolving door of party members adds variety at the cost of relationship building. Compared to The Isle Dragon Roars, The Forsaken Maiden feels a bit like a collection of short stories rather than a novel. That’s not a criticism of this second game; it was nice to see a shift in narrative style. The new Maidens you encounter end up becoming heroes of their own tales, relegating advancement of Laty’s journey to interstitials in the latter part of each chapter. Ultimately, the overall plot didn’t have the same payoff, in spite of a particularly challenging final boss gauntlet.

The Switch version does have a few noticeable issues that can hinder your overall experience. For one, the initial loading screen upon loading a save file or starting a new game is about 40 seconds. In the same vein, there’s a delay before and after combat where the screen just hangs for a few seconds before laying down your character cards or displaying your experience points and gold. In situations where a lot of cards are being moved or flipped at, with dialogue scenes in particular, the framerate takes a definite hit. Another minor concern is that the names of buildings in town are blurry and hard to read when playing portably, even on the Switch OLED. All this said, the Voice of Cards games lend themselves incredibly well to portable play, and the sacrifices seem worth making given that they aren’t graphically intense titles. 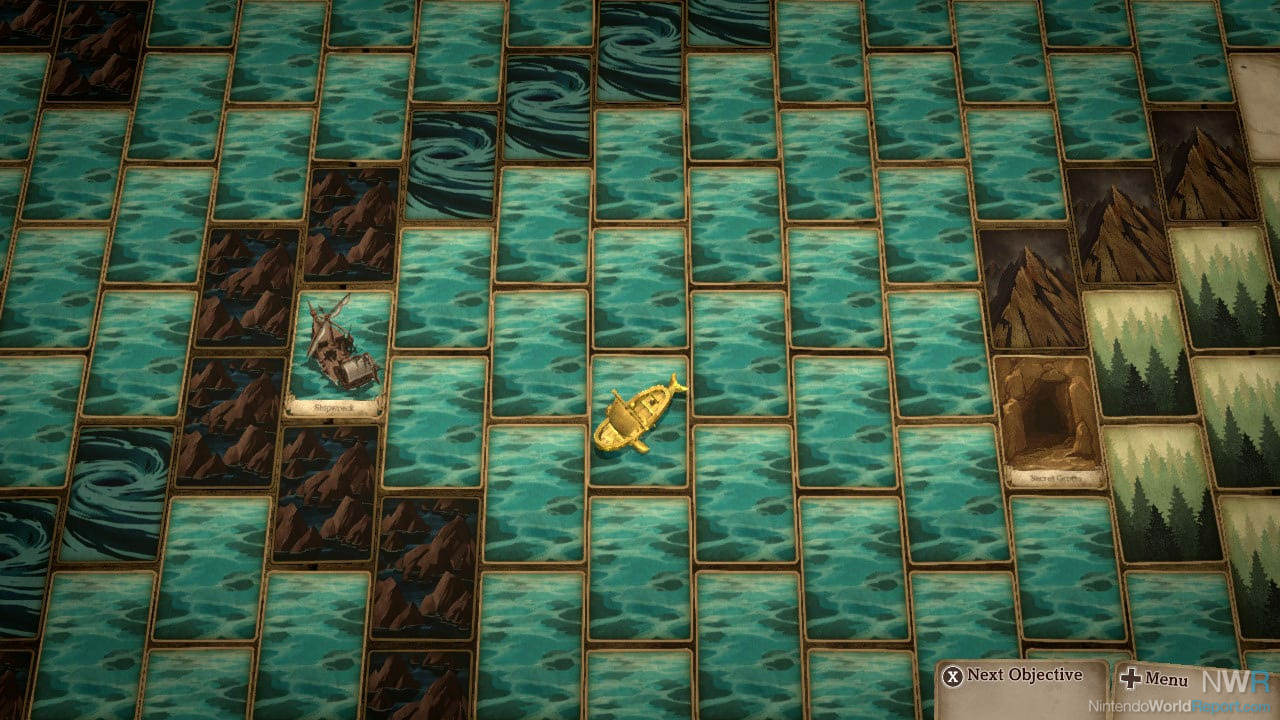 In terms of my first playthrough of The Forsaken Maiden, I found myself skipping most of the fights with basic enemies and still being a high enough level to defeat most bosses with ease. The aforementioned finale gave me some trouble, but connected to that is the fact that you can’t customize or level up the other two characters that join your party. I’m happy to not have to grind, but there’s also a decided lack of progression through equipment as well, especially when you consider The Isle Dragon Roars and its more typical RPG trappings. There, all three members of your party regularly had access to better gear, but such is not the case for the four party members of this second game.

As we come to the end of another card-filled yarn, my final impression is a positive one. Both Voice of Cards entries present an accessible RPG form for newcomers and enough meat on the bones for veterans. While I was left wanting a bit more length for the first game, The Forsaken Maiden simply feels like an experiment that didn’t fully hit the mark. Part of that could also be blamed on a new voice for the narrator/GM, which sounds younger and less weathered or seasoned. Dividing the focus into multiple smaller stories may have hurt the overarching narrative, but this is still an RPG worth playing, with secrets and replay value for intrepid card sharks. I’ll be interested to see how, and how quickly, Square Enix follows up with another Voice of Cards title. It seems like this series won’t soon be silenced, and that’s a good thing.