Will You Snail? (Switch) Review

Will You Snail belongs to the family of action-platformers that exist to provide the steepest of challenges. Across a series of rooms, you guide the titular Snail over spikes, around lasers, and past all manner of explosions, deadly creatures, and even boss fights. At the heart of the experience is a computerized A.I. “guide” named Squid, who consists only of two glowing eyes, a mouth, and a non-stop barrage of taunts and commentary. Squid is what makes Will You Snail so unique, but it’s also the feature most likely to make you put the game down for good.

Squid’s impact on the game can’t be overstated. Every level is constantly changing as Squid tries to anticipate your moves and place hazards in your path, which means no two runs through a level will ever be the same. The A.I. will even shift the difficulty level up or down depending on your performance; fortunately, you can adjust the difficulty at any time, choosing from the four options available. As you run, jump, double jump, and float through each stage, Squid unceasingly berates your performance and teases you. Every death (and there will be plenty of them) will elicit a joke or jab at the player’s expense. Without a doubt, a heavy dose of patience and a fairly thick skin are needed to see Will You Snail to completion.

Across more than 50 levels, you’ll uncover shortcuts, solve puzzles, and discover collectables. There are also story segments to unlock that shed light on Squid’s creation, artificial intelligence, and the plight of humans in this world. While the story is told in fits and starts, it’s nice to have a break between the maddening action sequences. Since every stage changes based on the difficulty level, you can customize your experience with them and return to earlier ones to attempt a greater challenge.

There’s a good amount of variety across the game’s five worlds, especially in terms of gameplay. The beginning tasks you with avoiding spikes that pop out of the ground, and later areas put you underwater and force you to use streams of water to avoid jellyfish. Every major area ends with a boss fight, and these often force you to pick up a gun upgrade that allows you to shoot up, down, left, or right. In between you’ll encounter stages that play like a game of cybernetic basketball and even one giant drops of a spilled drink rain down from above as you dodge out of their path. 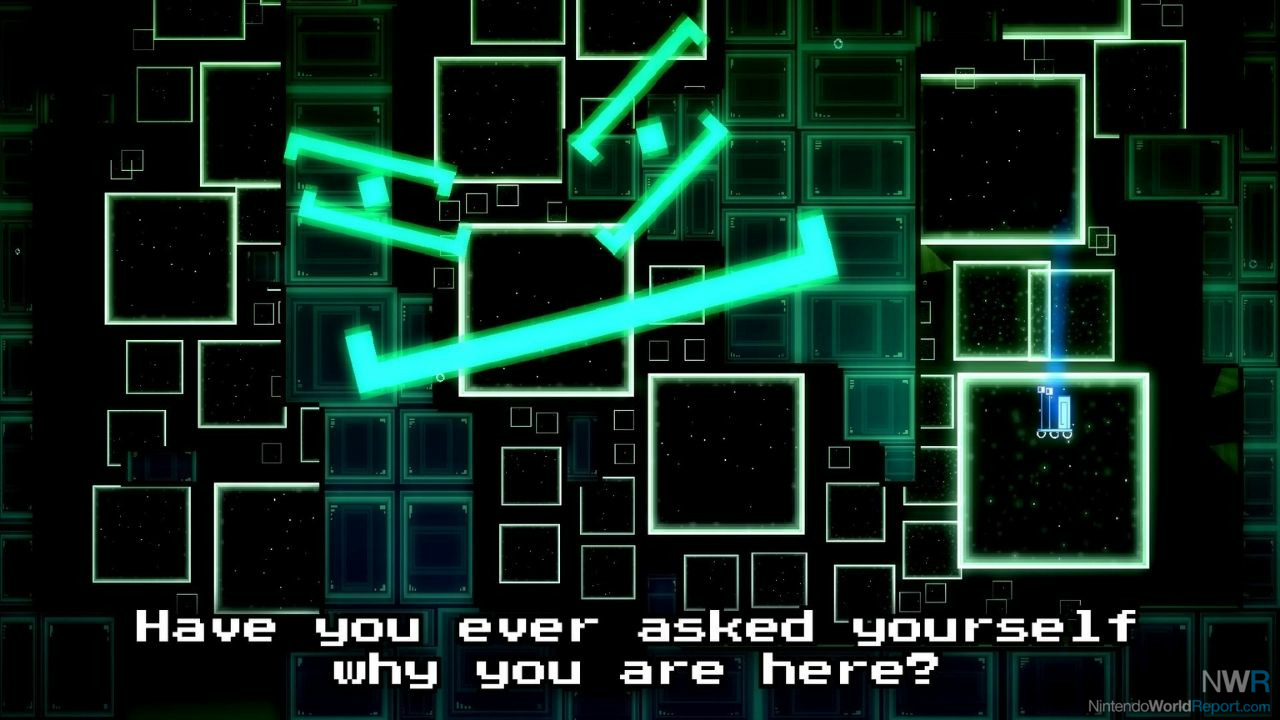 The aesthetics are fairly rudimentary, involving dark backgrounds with bright platforms and projectiles. Sometimes a lack of lighting ends up being a devious way of obscuring dangers ahead and beneath. New areas generally bring different shades into the equation, which helps to differentiate them from earlier parts of the game. As sinister as Squid may be, its computerized appearance isn’t overly fancy, but the barrage of insults and slights it spews out are displayed in text form on screen, in addition to being voiced as well. In fact, Squid’s physical presence can end up hiding obstacles as well, making for a cacophony of danger throughout the experience.

If you’re looking for a brutal platformer that won’t treat you with kid gloves, Will You Snail is one of the most unique games you’ll find on Switch. I’ve played my fair share of titles in the genre, but I’ve never really seen anything like this. The diabolical Squid is as annoying as it is crafty, and seeing how it conjures up spikes, laser beams, and other instruments of death according to your own movements feels incredibly fresh. Even though I had to drop the difficulty a few times to make my way through, Squid always brought it back up eventually to keep the game challenging. However you choose to play it, the ability to alter the challenge at will makes Will You Snail eminently approachable. You’ll probably grow to hate Squid pretty early on, but that just makes it all the more satisfying to shut it down. I’ve Snailed and lived to tell the tale, and it’s absolutely worth playing through, just not at a snail’s pace.